July 4th without fireworks? It could happen. Here’s how

by jeff in News

These are not your forefathers’ fireworks.

Skyrocket spectacles have come a long way since 1776. Modern shows are automated, and future light-up-the-sky shows might not even require fire.

An estimated 99 percent of the fireworks you’ll see this Independence Day were made in China, which this year banned fireworks in 400 cities, including the capital of Beijing. The ban took place during Chinese New Year due to concerns about pollution.

Can you imagine the Fourth of July without fireworks?

The Chinese New Year did have an amazing light show. A colorful performance by 300 synchronized drones lit up the sky.

Drones also were part of the show at the 2018 Winter Olympics in South Korea, where a Guinness World Record was set by Intel with a light show of 1,218 drones.Intel is at the forefront of drone show development and is hoping to set a record this summer with a show utilizing 1,500 drones.

Seeing starsThe Intel Shooting Star drone is about 8 inches wide and weighs 10 ounces. Each is equipped with LED lights and is said to be able to create more than 4 billion color combinations.

The Shooting Star can be controlled by a single computer and can travel 21.7 mph. The drone also includes propeller cages and programming to ensure safety and security. 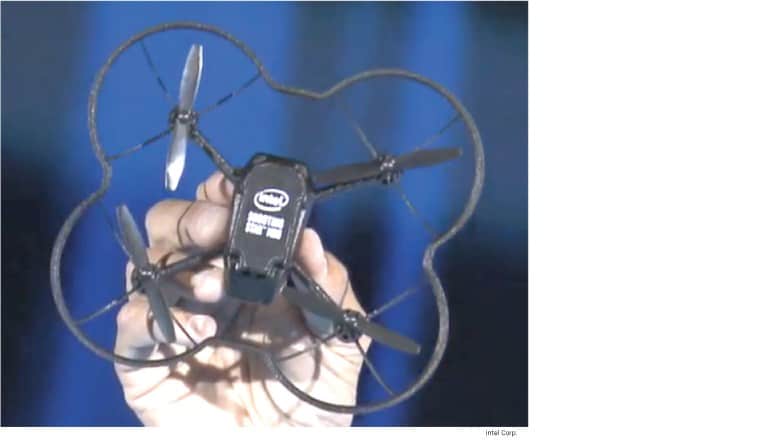 The Walt Disney Co. is making a move for a little drone magic of its own. In 2014, MarketWatch noted that the company filed for several patents to use drones within its theme parks. The image below is from one of the patents.

Don’t expect drones to replicate the rockets’ red glare at your local fireworks display soon. Drones range in price, depending on size and technology, from $100 to $35,000 or more each.

U.S. drone patentsA 2017 report on patents for unmanned aerial vehicles and drones by Adam C. Rehm for the Polsinelli law firm highlighted a chart compiled by Joe Chiarella of Patent Index. The chart shows how rapidly patent applications have been applied for and awarded in recent years.

729 patents for drone technology have been awarded since 2005.

U.S. fireworks patentsWith or without drones, traditional fireworks show no signs of slowing down or becoming less innovative. Since 2005, 525 patents for pyrotechnics have been awarded. 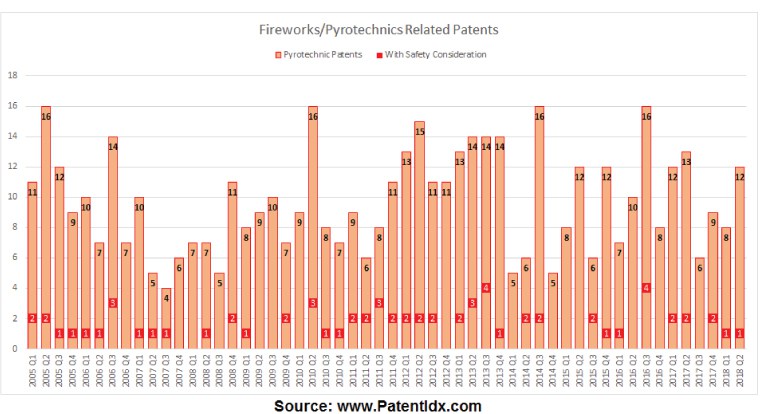 Americans are buying more fireworks, and fewer people are being seriously injured by them. 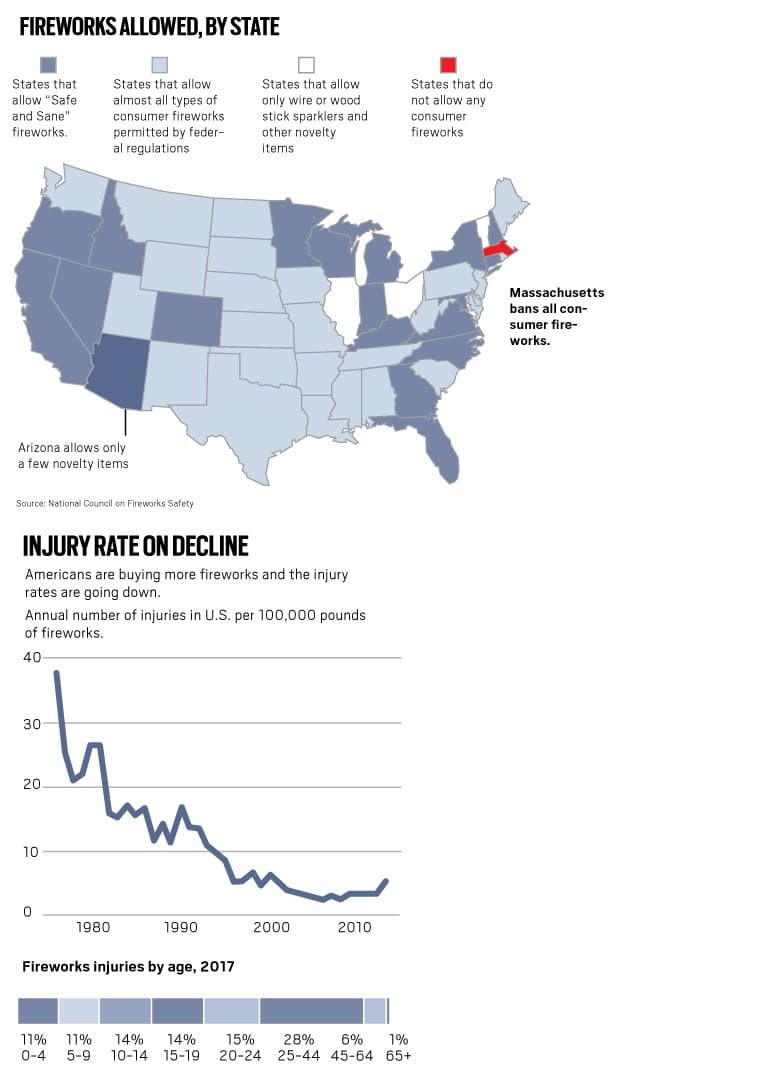